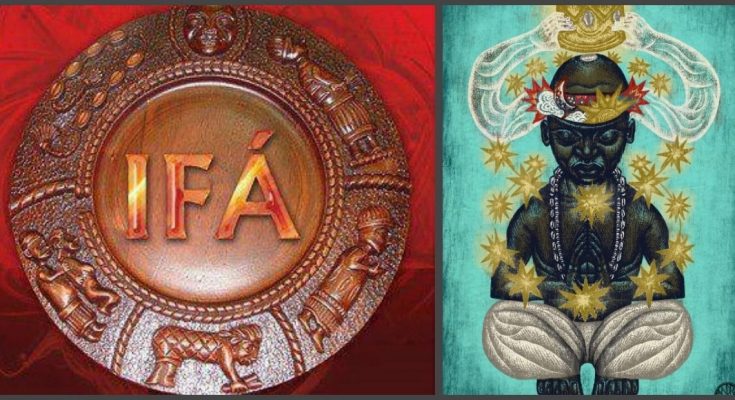 Top facts about Ifa religion in Yorubaland you should know Nationnewslead understand that One of the traditional practices of the Yoruba people is Ifa worship. It is a practice which originated thousands of years ago. It is a very ancient religion of the mysteries and messages of Olodumare revealed to man by Orunmila. Learn the basics of the Yoruba religion Ifa in this exciting article. Ifa is a system of divination and religion of the Yoruba people. It also refers to the verses of the literary corpus that is known as Odu Ifa. Ifa Yoruba religion is practiced not just among the Yorubas in Nigeria but also throughout West Africa, the Americas and the Canary Islands. It also plays a critical role in the culture and traditions of Candomblé, Santería, Palo, Vodou, Umbanda, many other Afro-American faiths and in some traditional African religions.

The Grand Priest of Ifa is known as Orunmila. The belief is that Orunmila was sent to the earth by Olodumare (the creator of the universe) to bring the Laws of Olodumare into this world.

According to Yoruba mythology, Ifa oracle was founded by Orunmila in Ile-Ife (the city believed to be the source of the Yorubas – Orirun Ile Yoruba) after Orunmila had initiated himself and his students Aseda and Akoda. Another mythology suggests that Ifa religion was brought to Ile-Ife by Setiu, a Nupe man who settled in Ile-Ife.

Another history book titled The History of the Yorubas from the Earliest of Times to the British Protectorate written by two Nigerian historian Obadiah Johnson and Samuel Johnson tells us that Ifa was introduced to Oyo by Arugba, who was the mother of the 8th Alaafin of Oyo, Onibogi. She initiated the Alado of Ato and gave the rites to initiate others to him. The Alado then initiated priests in Oyo Empire.

The Ifa religion is not, in fact, a religion. It is more of a spiritual system which is based on the belief in these three components: Olodumare (the Creator of heaven and earth), Orisa (Nature Spirits), and the ancestors.

According to Ife beliefs, Olodumare the Supreme Being has no gender and is not actively involved in the affairs of human beings. Olodumare created a universe that has everything that humans need to live a fulfilled and happy life.

“Every life form and element of nature has an inner soul force – including rivers, rocks, clouds, metals, flowers, thunder, and the wind.” – African oral tradition.

The natural forces that make up the universe are referred to as Orisa, and each one of them has its specific functions. The human race is in constant communication with these natural forces, whether we are aware of it on not. These Orisas serve as the intermediary between the Olodumare and humans. There are many Orisas believed to be operating in the universe, but the basic and popular ones are: The belief in the ancestors is an essential aspect of the Ifa system. We must reverence our ancestors because there is a spiritual bond between a revered ancestor and the rest of the living family. These ancestors are referred to as the living dead.

How the Ifa Oracle is worshipped

The most important part of the Ifa practices is the Ifa divination. And according to the worship of Ifa, it is Orunmila that reveals divinity and prophecy to the world. Ifa priests and priestesses are referred to as Babalawos (men) and Iyanifas (women) respectively. They use “Opele” – a divining chain on the “Opon Ifa” a wooden divination tray to read divinations. They also use kola nuts referred to as “Ikin” on the “Opon Ifa” and also reading the sacred palm for checking divinations and prophesies.

The divination enables a person to examine periodically if he/she is living in balance with nature and knowing if he/she is following the path of his/her destiny. People visit the Ifa priests and priestesses to examine their destiny, fortunes, and their lives constantly.

Also, the priest and priestesses reveal divinity and prophesy about a Yoruba community or town to the kings and the rituals and sacrifices that need to be performed from time to time. The mysteries and teachings of Ifa which are revealed in the divination are contained in Odu.

Odu Ifa is an Orunmila’s literary compilation which incorporated the experiences of priests and their clients and their results along with their stories. This documentation known as Odu Ifa contains sixteen major books. But there are a total of two hundred and fifty-six (256) Odu which reference all actions and their consequences, circumstance, situations in life based on the uncountable Ese Ifa (Poetic tutorials).

The 256 Odus coding is a combination of a collection of sixteen each of which has sixteen alternatives ⇔ 16^2, or 4^4 and the form the basis of the Ifa religion divination systems. The stories, poetry, and proverbs of Ifa are not written down but passed down orally from one Ifa priest or priestess to another. The Babalawos and the Iyanifas undergo training in the memorization and the interpretation of the two hundred and fifty-six Odu or mysteries and the Ese Ifa.

There are sixteen principle systems used by the Ifa Priests and Priestesses in the worship of Ifa to read divinations and prophecies.

The tradition of the practice of Ifa spiritual system is all based on us staying in balance with nature, with our communities, ancestors, and our spiritual forces or energies of our lives. Ifa worshippers are encouraged to employ the act personal responsibility and common sense, to appreciate the sacred things their everyday life, and to integrate every aspect of being; the spiritual, mental, emotional, and physical. 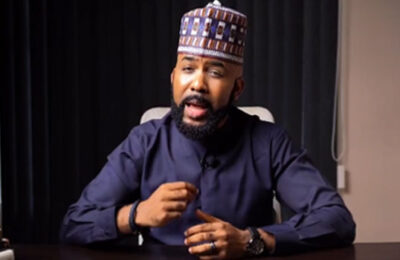 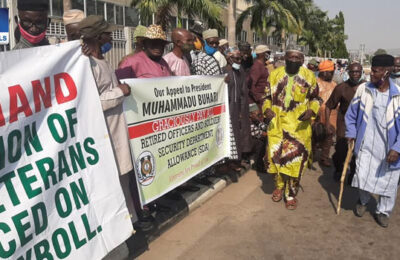 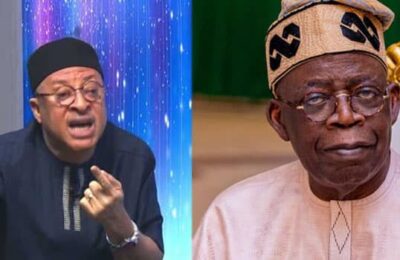 Go For Medical Test, You Are Unfit For Presidency