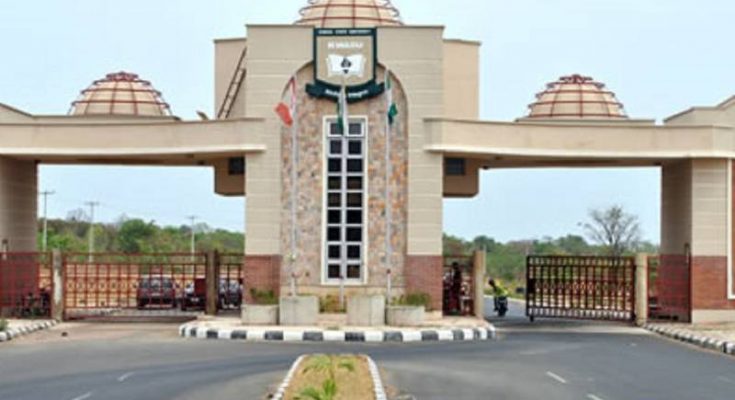 Two 200 level students of the Kwara State University, Malete, Kwara State, Tobiloba Daniel and Arewa Abayomi, have been found dead in their room in a hostel outside the premises of the institution.

Nationnewslead gathered that Daniel and Abayomi were studying for the ongoing examination in the institution when they decided to go to the hostel to continue preparations for their exams the following day.

Things, however, took another turn when their colleagues observed that the duo didn’t sit their exams the next day and were not seen on campus for three days.

Bothered by the development, the colleagues, after searching for them on the school premises to no avail, reportedly went to their room in the hostel to check on them.

Upon gaining entry into the room, the colleagues were said to have found the lovers lying naked and lifeless on the bed.

Our correspondent gathered that the school management was immediately informed about the development and the police division in the area, after being notified, detailed policemen to evacuate the corpses to the mortuary.

A student, who spoke in confidence, said the lovers were not seen on campus for three days, adding that after their corpses were discovered in the hostel, students started suspecting that they were poisoned.

The student said, “We suspect they are lovers and we became concerned when they were not seen during the ongoing examination in the university and also in their class for three days.

“It was when some of their friends got to their hostel outside the school that they found both of them dead and naked. But we suspect it is a case of poison.”

A picture in possession of our correspondents showed Daniel and Abayomi lying lifeless on the bed. They were both naked but while a duvet covered Daniel, Ayobami was half naked.

Reacting to the development, the Director, University Relations, Dr Saeedat Aliyu, who confirmed the incident, said that the university security was yet to give official details on the sad development.

“As of now (Tuesday morning), we have no official details on the incident. We don’t even know their names but I heard about the incident. The security has not released any information on the victims but I believe that they are still working on it.”

The state Police Public Relations Officer, SP Okesanmi Ajayi, while confirming the incident, said the command had commenced an investigation to unravel the circumstances surrounding the death of the undergraduates.

He said an autopsy would be carried out on their corpses to unravel the cause of the incident.

Ajayi said, “The police were informed that two young students were found dead in their room in a hostel off campus. We went there and they were confirmed dead by doctors.

“I was not there but with the picture I saw, the man was covered up and the lady slept facing down half covered. The naked corpses were evacuated to the hospital for autopsy. We are still investigating the cause of the incident.” Continue Reading