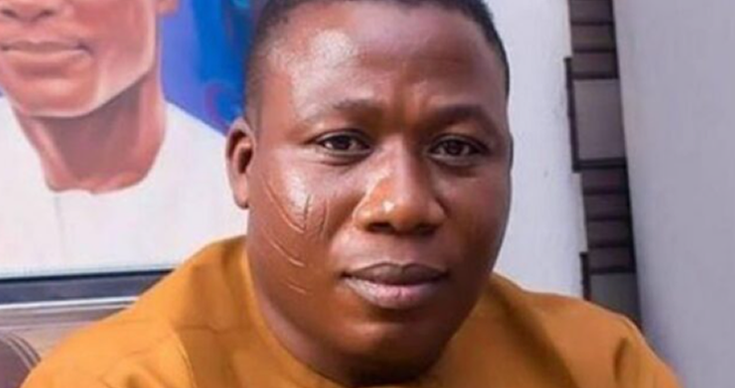 The Court of Appeal sitting in Ibadan has set aside the judgement of an Oyo State High Court, which awarded N20 billion damages to Yoruba self-determination activist, Chief Sunday Adeyemo, aka Sunday Igboho.

Nationnewslead reports that Justice Akintola on September 17, 2021, awarded N20billion as damages against the Attorney General of the Federation, Abubakar Malami, and the Department of State Services (DSS) over the invasion of Igboho’s Soka Ibadan residence, on July 1.

But Justice Hassan held that the judgement of the lower court was not supported by any evidence, but by two affidavits.

He said Justice Akintola cannot assess damages using his own conceived parameters, adding that there was no evidence that quoted the value of damages at Igboho’s residence.

Justice Hassan also held that there was no evidence including autopsy to support the claim that two people were killed at the activist’s residence during the invasion.

According to the judge, the lower court assumed jurisdiction of the case to look at the enforcement of fundamental human rights suit filed by Igboho without looking at the merit of the case.

He said the court should not have assumed jurisdiction of the case without looking at its merit.

The judge added that the case did not qualify under the enforcement of human rights because there is a threat to national security.

“When there is a threat to national security, the enforcement of fundamental right is secondary. I have read the judgement of the lower court and the Article 20:1 of the African Charter on self determination and Article 3 and 4 of the United Nations Charter on rights of the indigenous people which the judgement was based upon. A statute cannot be treated in isolation.

“When considering a statute, entire provision should be considered and not a section. The same charter talks about the sovereignty of a nation. Neglecting Article 27, 28, 29 of the African charter will not give proper interpretation to it.

“Therefore, the United Nations declaration is not enforceable in Nigeria. The judge acted on wrong principles of law and the action of the respondent constitute a threat to unity of Nigeria. The respondent has no right to take up arms against Nigeria,” Justice Hassan held.

“If the trial judge was right to assume jurisdiction of the case against a Federal Government agency;

“If the originating motion of the respondent was competent;

“If the respondent was right to take up arms against the government in his quest for self determination;

“If the trial judge was right to enter judgement in favour of the respondent;

“And if the trial judge was right to award damages to the respondent.”

The judge subsequently held that the lower court lacked the jurisdiction to entertain the suit and set the judgement aside.

He also said respective parties in the case should bear their costs.

Reacting to the judgment, the legal head of DSS in Oyo State, Barr. Nurudeen Abdulrahman, said the judgement affirmed the position of 1999 constitution.

Efforts to react the Spokesman of the Yoruba Activist for his reaction on the judgement was futile as at the time of this report. Continue Reading