Home Politics We Were Forced To Implicate Saraki 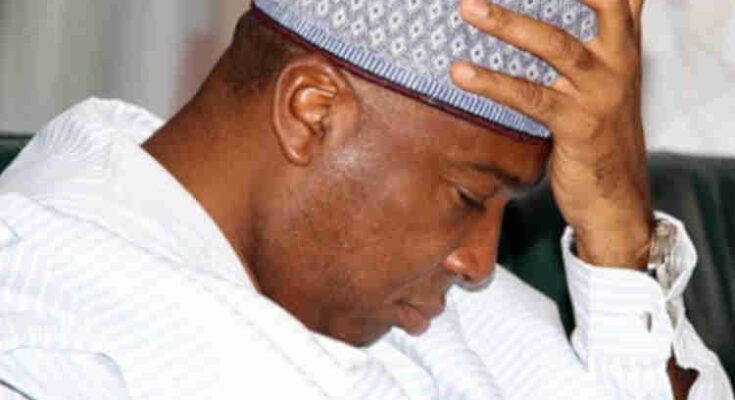 We Were Forced To Implicate Saraki

A witness, Shamsudeen Bada, on Thursday narrated at the Kwara State High Court in Ilorin how men of the Intelligence Response Team of the Inspector General of Police led by suspended Deputy Commissioner of Police, Abba Kyari, tortured him to implicate former President of the Senate, Bukola Saraki, in the April 5, 2018 Offa robbery.

Led in evidence by the defence counsel, Mathias Emeribe, Bada who is a former Vice Chairman of Irepodun Local Government area of Kwara State, recounted his experience to the court at the resumed trial of the suspects in the robbery at the Kwara State High Court.

Five suspects – Ayoade Akinnibosun, Ibikunle Ogunleye, Adeola Abraham and two others -were charged to court by the police for criminal conspiracy to rob the banks, murder of nine policemen and other citizens, and illegal possession of firearms.

Bada said when the families of the detained suspects threatened the police with court action, the IRT operatives said they were taking instructions directly from the IGP and there was no court from Kwara that can stop their operation.

READ ALSO:Police Promised To Reward And Free Me, If I Indict Saraki – Offa Robbery Suspect

During cross examination by Mr Rotimi Jacobs (SAN) who is prosecuting the case, the witness said that while they were in detention, the IRT operatives promised that they would free them “if we can name Saraki as our sponsor,” adding, “Ayo Akinnibosun was shot in the leg when he declined to indict Saraki.

“After he was shot, my health started deteriorating. DCP Abba Kyari brought some nurses to treat me. Before I was eventually released, the police officers gave me conditions before I was released that I must not grant any press interview, I must not go to court and I should quit politics.”