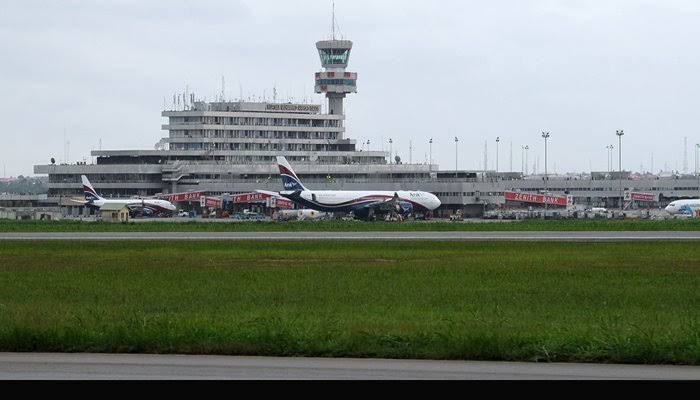 The federal government has vowed not to allow aviation workers to embark on strike again as they are classified as providers of essential services.

Speaking to correspondents after Wednesday’s meeting of the Federal Executive Council (FEC) presided over by Vice President Yemi Osinbajo at the Presidential Villa, Abuja, Minister of Aviation Hadi Sirika, who gave the government’s position, citing the Civil Aviation Act, 2022, which he said prohibits such action.

The Act was signed into law last August by President Muhammadu Buhari, repealing the Civil Aviation Act, No. 6, 2006.

Sirika apologized to Nigerians for the inconvenience caused by the strike, saying that since there is a law against the action, the government will deal with it accordingly.

He stressed that government is willing to listen to any grievances but warned the aviation workers to desist from illegal action.

The Aviation Minister stated: “This is very important to the traveling public. First, we apologize to them, our teeming passengers, in this challenging moment. Secondly, this will not happen in the future by the grace of God.

“And the reason is simple. Aviation is an essential service. The Act has been assented to by Mr. President. So, strikes and riots around our airports are prohibited by the laws of the land.

“And now that we have the Act in place and assented by Mr. President as passed by the National Assembly, we will deal with it according to the law. We will ensure no essential service is being disrupted by anybody, no matter how aggrieved.

“There are other channels of channeling issues when they arise, but they are not permitted to go on strike because aviation is an essential service and is by the law of the land now.

“I will give you an example. An airline had to return to base because it couldn’t land. Imagine if there was a patient on that aircraft. Imagine somebody attending to a severe issue or matter at hand or business or a student trying to catch up with an exam. Then, because of somebody who is aggrieved, some other person will die.

The government will no longer allow that. So, it’s in the law of the land. Check the FAAN Act (Civil Aviation Act). It’s been assented to, and it will take place soon.

In fact, from today, we will not allow that. Government our ears are always open, the government is open to listening to any grievances, and there are procedures for dealing with these resentments.

“They should please desist from this. It is wrong, it is inhuman, it is not allowed, it is not permitted, and we will not be permitted any longer.”

The warning by the federal government came on the day FEC approved contracts worth N10,081,177,338.31 for the aviation ministry.

Giving a breakdown of the contracts, Sirika revealed that they are for the rehabilitation and reconstruction of the Hadejia airstrip, the construction of a control tower and technical building in Enugu Airport, and the procurement of utility vehicles.

He explained: “So, today in Council, we got the memoranda. It is one memo that contains about three items. One is the rehabilitation and reconstruction of the Hadejia airstrip, and the total sum is N7,482,071,196.56 for 18 months. And this contract is going to MESSRS CCECC.

“Then there is the construction of a control tower and technical building in Enugu. The company is MSSRS Mascot Associates Limited, and it is N1,973,606,141.75. And the third contract is for the procurement of utility vehicles to MSSRs Kaura Motors at N625,500,000. These are the memoranda, and they’ve all been approved by Council today. And we thank you, gentleman, of the press, my friends.”

He explained that the National Duct One Policy aims to institutionalize providing ducts during construction in Nigeria, at federal, state, and even local government, noting that the policy came about after many stakeholder engagements with over 37 institutions.

He said with the approval, by implication, “during road construction, bridges, rail lines, seaports, stadium, and all other important buildings, provision must be made for ducts, where at least any wire or any gadget for electricity or telecommunications or any service that is required will make use of that facility and lay their cables.”

On the National Child Online Protection Policy and Strategy, Pantami said it is meant to protect children from online content that could corrupt their innocence.

He said: “As we all know, going online has many benefits. The world population reached 10 billion on November 15, 2022. Today, we have around 6.3 billion people online, and by implication, you will discover many children among this number. They will need help to differentiate between what is beneficial and what is harmful.

“According to the report of the International Telecommunication Union, even during COVID-19, more than one billion children were online, most of them for their studies, because schools were shut down. So, they switch to virtual learning only.

“Children will be unable to differentiate what is beneficial or harmful. And today, if you go online, you will discover that many things are coming into your device unsolicitedly. If you are at least mature, you will be able to avoid it, but children will not be able to, and that will definitely affect their innocence and even affect them morally and otherwise.

“It is because of this that the International Telecommunication Union, an arm of the United Nations, came up with a policy document for all its 193 member countries. Nigeria is part and parcel of the International Telecommunication Union. The document has been titled: ‘Keeping children safe in the digital environment, the importance of our protection under empowerment.’

“In this document, all member countries have been urged to ensure they come up with a policy where children are going to be protected.

On the National Cybersecurity Policy 2021, Pantami said there is a provision in which the Nigerian Communications Commission has been mandated to develop a policy to protect our children online.

Previous Post“If They Say No Fuel, We’ll Trek To Polling Unit, Nothing Can Stop My Victory” – Tinubu Throws Jibe At FG Next PostWhy INEC may extend PVC collection deadline — Source