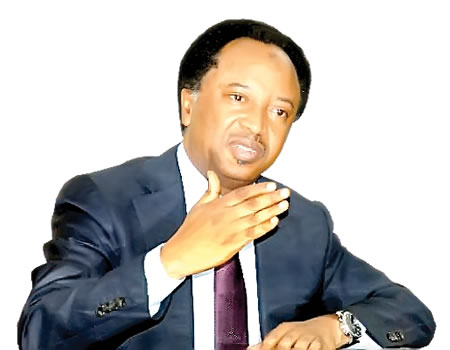 Former federal lawmaker who represented Kaduna Central at the 8th National Assembly, Senator Shehu Sani, has urged leadership of the Peoples Democratic Party, PDP, to ensure that all aggrieved members are carried along in the battle to take over power in 2023.

Nationnewslead reports that the Rivers State Governor, Nyesom Wike and his loyalists had fallen out with the PDP presidential candidate, Atiku Abubakar and the national Chairman of the party, Senator Iyorchia Ayu following the outcome of the party’s primary elections.

Efforts by the party’s stakeholders to quell the fight had proved abortive as Wike and his men insisted that Senator Ayu must resign.

Governor Wike had threatened to work against the party in the 2023 presidential election if the party’s chairman fails to resign.

But the PDP National Executive Committee (NEC) on Thursday, passed a vote of confidence on Ayu, saying he is not stepping down soon.

However, Shehu Sani, in a post on his social media handles on Friday, said though aggrieved members of the party should be consoled and carried along but should not work against the party.

He wrote, “Atiku Abubakar is the presidential candidate of the PDP. The Chairman of the party is the driver of the vehicle and should be the one the flag bearer is comfortable with.

“If the election is won or lost, it’s Atiku that will carry the trophy or bear the cross of failure. Aggrieved members of the party must be consoled and carried along. But to work against your party is to voluntarily walk to the gallows.” Continue Reading

One thought on “Wike: Aggrieved PDP members must be consoled, carried along – Shehu Sani”