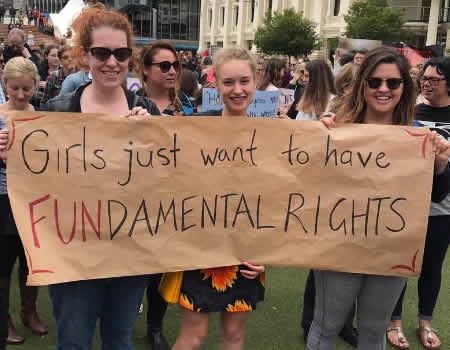 A fight against gender inequality in the mining sector to protect the human rights of women and children goes global.

It has been disclosed that the fight for gender equality in the country’s mining sector is no longer the women’s fight as the globe has taken over the battle.

The disclosure was made by the President and Founder of Women In Mining in Nigeria (WIMIN), Hon. Engr. Janet Adeyemi in an opening remark at the Research Validation and Policy Dialogue held at Amak Hotel, Bauchi, on Wednesday.

She said that many countries have ensured that their policies reflect gender, as nobody wants to be reckoned with a society that has no respect or concern, at the least, for its women and children.

The WIMIN added, “It is my belief that in this global journey to progress, no one wants to be tied down or dragged behind by culture or sentiment, and that is the attitude I expect of the Policy Dialogue we shall hold in this programme.”

According to her, Women In Mining In Nigeria started in Plateau state in the year 2003 when she visited a mining site in her capacity as a Member of the Federal House of Representatives, saying, “When I saw the unbearable working conditions our women and children were subjected to, at mining sites. It dawned on me at that instance that some of us who are ahead in terms of voice, influence, and track record in the sector have to rise to lift our fellow women who have become victims in the hands of narrow-minded people in positions of influence.”

Janet Adeyemi added, “These women have been hamstrung by systemic indoctrination that they have no place in the mining sector. In 2006, we started the Association of Women Miners. Like a group of motivated friends, we commenced radical advocacy all across the country without any support. Our ideas to introduce women’s equality in the mining sector sounded like a good joke to laugh at.”

According to her, Women In Mining Nigeria has grown into a nationwide organization of more than 5,000 passionate members spread across 23 states and all geopolitical zones in Nigeria.

“We have women who are seasoned Engineers, Lawyers, Mining Operators, Mining Experts, Geologists, ASM Miners, Wives of Miners, Women living in mining host communities, and Male Advocates (whom we call the He 4 She Advocates) all committed to the mission which was inspired by a cause to eliminate gender bias in the mining sector. It is my joy to see how Bauchi State women and stakeholders have converged today to discuss the issues involving our women and children,” She added.

She explained that a few months ago, WIMIN sent its Research Team ahead of the programme to conduct in-depth Research on the extent of Women and Child Rights Violations in the Mining Sector in Bauchi State.

She said, “Without a doubt, some of you were interviewed by our media crew and our Researchers. This programme to validate the Research conducted in Bauchi State will open our perspective to the human rights issues in the local mining host communities here in Bauchi like the Gwana Mining Community, Toro, and other places we have on our spotlight.”

Janet Adeyemi said, “As we discuss policy matters with stakeholders, we want to challenge the state government, especially the State Ministry of Natural Resources, which has just recently been approved to function as an independent ministry away from the Ministry of Agriculture to direct its attention on the gender-based issues in the mining sector in Bauchi and I believe this is one of their mandates as a Ministry.”

The Research Validation and Policy Dialogue is part of WIMIN’s programme to Safeguard the Rights of Women and Children in the Mining Sector in Nigeria, supported by the Open Society Foundation (OSF) and in partnership with the National Human Rights Commission (NHRC).

She pointed out that WIMIN has mapped out three states for the crucial programme, and Bauchi State, on its merit, made it to the list, assuring that Women in Mining will continue to promote the inclusion of all, even in the emerging transformational developments such as energy transformation, Digitalization, Artificial intelligence, etc.