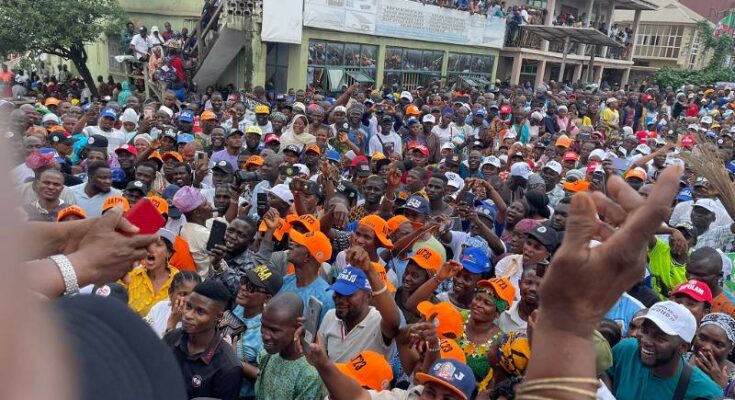 Youths across communities in Ibadan, the Oyo State capital on Thursday held a rally for the presidential candidate of the All Progressives Congress (APC) Asiwaju Bola Tinubu.

The rally, which attracted thousands of youths from all nooks and crannies of the city, was an initiative of Hon. Dapo Lam-Adesina, who represented Ibadan Southeast/Northeast Federal Constituency in the House of Representatives from 2015 to 2019.

The massive crowd took off at the APC state secretariat, Oke-Ado and moved to Dugbe, the central business district, to Ogunpa market, and back to Oke-Ado.

The crowd was so massive that the rally seriously impeded vehicular movements in the areas.

The youths were also backed by Southwest and Oyo State party leaders.

Lam-Adesina also received support from current and past members of the House of Representatives who mobilized their supporters for the rally.

Tagged Ibadan Youths for Asiwaju rally, Lam-Adesina said the initiative was aimed at raising awareness for Tinubu ahead of political campaign.

Addressing the rally, SouthWest APC chairman Chief Isaac Kekemeke, and the governorship candidate of the party in Oyo State Sen. Teslim Folarin, cautioned people in Southwest against intra-ethnic gang up against Tinubu in 2023.

Kekemeke said another opportunity has presented itself in Tinubu who hails from Southwest to be elected as Nigerian president next year. 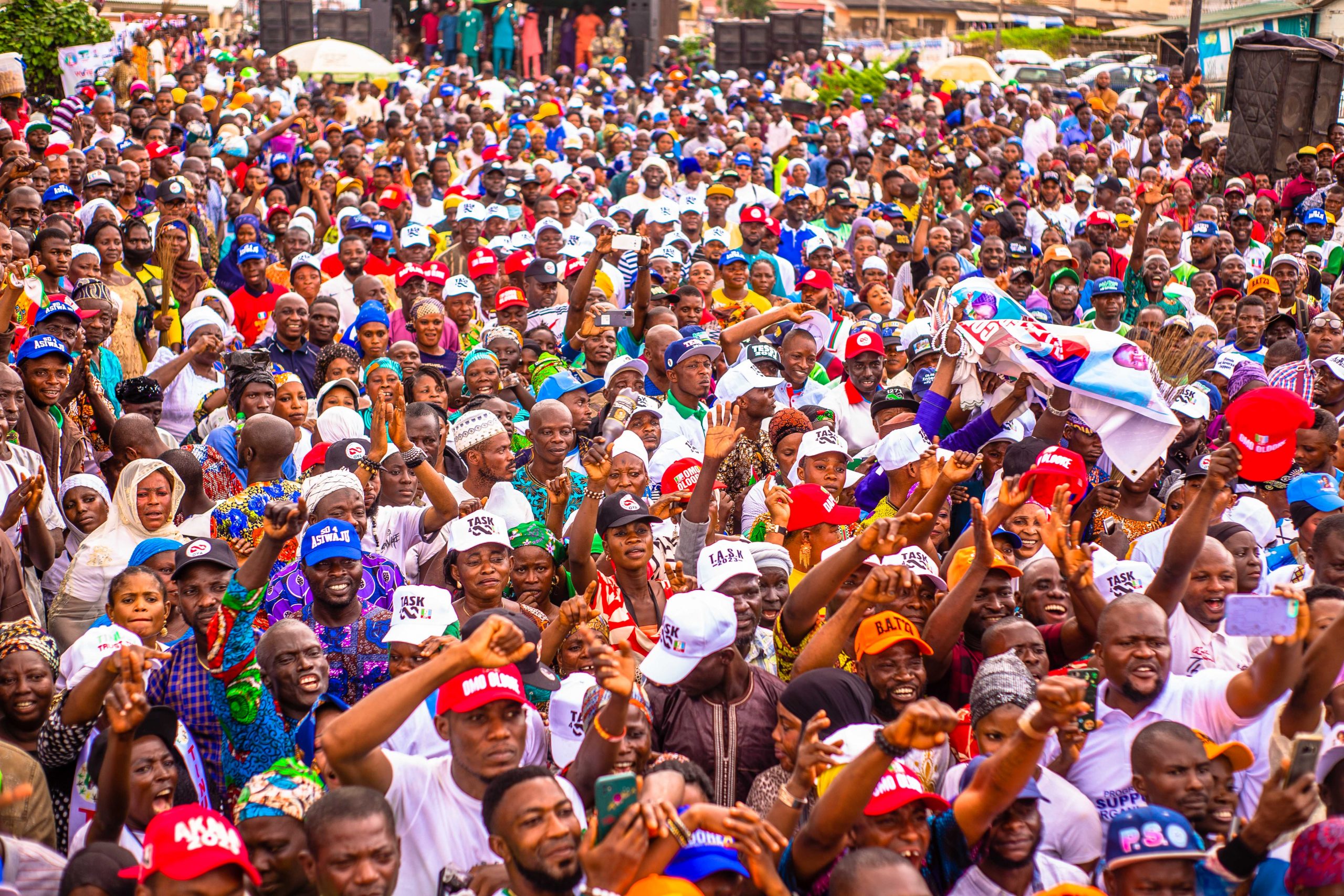 Kekemeke, who insisted that there is no division in Oyo chapter of the APC, urged party faithful not to allow the opportunity of producing the next President from the region slipped off their hands.

“We have only one governorship candidate, Teslim Folarin, three senatorial districts candidate, 14 House of Representatives candidates and 32 House of Assembly candidates.” he said.

The Southwest leader warned some members of the party against what he described as anti-party, threatening that anyone caught in this act would be dealt with in accordance with the constitution of the party.

He said: “It is unconstitutional for a member of the party to be hobnobbing with candidates of another party.

“It is high time we talked to ourselves in order to guide against the repeat of what happened in 1983 and 1993.

“It is our turn in Yorubaland to produce the next leadership of the country in 2023. Our candidate is no other person than Tinubu.

“When you look at the profile of all the presidential candidates, Tinubu is the most qualified among them.

“In the SouthWest, Tinubu deserves more than 90 percent of our votes.” Continue Reading