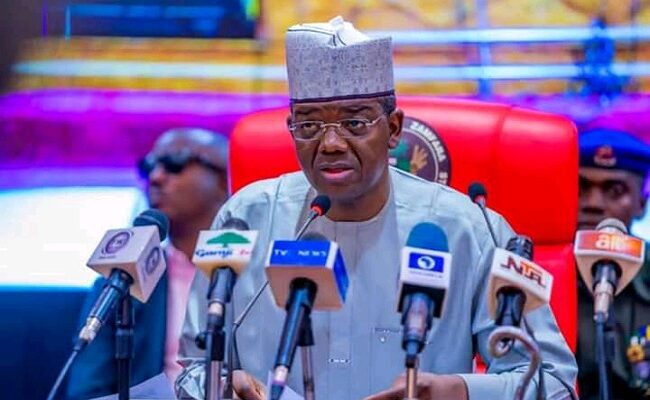 The Zamfara State Coordinator of the National Human right commission (NHRC), Abdullahi Abubakar has commended Governor Bello Mohammed Matawalle for assenting to the child right bill among other bills in the state.

Addressing the coalition of human rights on Monday in Gusau to mark the 2022 end of 16 days of activism against gender-based violence, the Zamfara State Coordinator disclosed that the dignity of humans has been violated by activities of bandits in the state.

“December 2022 marks the end of 16 days of activism against violence against women and girls and 74 years since declaration by United Nations”.

He said the national human right day was set aside for introspection on the values of human life, dignity, equality, and freedom of all human beings, regardless of peculiar circumstances though race, tongue, and skin colour may differ, “in brotherhood the human race must stand,” he stated.

According to him, the theme of 2022 human rights day is “Dignity Freedom and Justice For All”, the Zamfara State coalition of Human Rights So far received 1134 cases from January to December 2022, and about 70% were closed”.

“The dignity of human person has been violated by bandits who are killing, kidnapping for ransom, raping women and children”.

He lamented that thousands of people have been displaced which forced labour and economic hardship.

The freedom of expression, freedom of association, right to elect and be elected and respect for journalists are all backbones to the survival of our democracy”.

“A lot needs to be done to elevate the living standard of our citizens through the observation of the fundamental human rights of all”.

He also appreciated the effort of the state Deputy Governor, Senator Hassan Muhammad Nasiha for his support and approval for the allocation of land for their permanent structure in the state.

He assured that the national human rights commission would continue to partner with all stakeholders to promote and defend the rights of every citizen in the state.