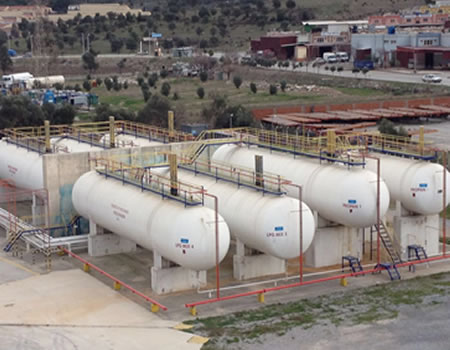 Delta State Ministry of Oil and Gas has organised a sensitisation programme on safety for operators of domestic gas retail outlets.

The one-day programme, which was held at the Government House Annex, Warri, had an impressive turnout of retail outlet owners and operators in the oil city.

Resource persons dwelled on various aspects of attaining and sustaining a safe environment for LPG retailing, in line with the safety vision of Delta State governor, Senator Ifeanyi Okowa.

The Commissioner, Ministry of Oil and Gas, Delta State, Prince Emman Amgbaduba, represented by Executive Assistant to the Governor on Oil and Gas, Mr David Ekerekosou, said that there had not been any record of outbreak in recent times.

“Between the last workshop on safety for LPG retailers and now there has not been any recorded incident of fire outbreak among retailers’ shops in the state.

“It is pertinent to note that the state government is not resting on its oars as it is getting all hands on deck, including all well-meaning individuals and corporate bodies who are working to create a safe environment for members of the public while the LPG retailing operators remain in business.”

Amgbaduba informed the participants that the state government had constituted a special committee on the location of LPG plants in the state.

“The state governor has constituted an inter-ministerial committee on spatial location of LPG plants in the state.

“This committee, which has since swung into action, has its secretariat domiciled in the Ministry of Oil and Gas and it is responsible for processing and permitting all prospective LPG retailing outlets in the state, in collaboration with the Nigerian Midstream and Downstream Petroleum Regulatory Authority (NMDPRA),” he said.

Amgbaduba, said that as a result of this and numerous other measures, the state government had kept members of the public safe, adding that LPG retailing business was thriving in the state.

The Permanent Secretary in the ministry, Mr. Frank Omoko, expressed appreciation to Governor Okowa for making the sensitisation programme a possibility.

The participants were drilled on three topics, namely: ‘Attaining and sustaining a safe environment for LPG retailing in Delta State’, delivered by Mr. Solomon Obiokor of the NMDPRA, ‘LPG Supply- Implications for price stability, delivered by Dr. E.N. Omoko, Head of Department of Geology, University of Delta, Agbor, while the third lecture was entitled: ‘Smiling to the bank in the LPG Business- Need for strict safety compliance’, courtesy of Mr. Sunday Isaac, a Chief Fire Superintendent of the Delta State Fire Services.