Home Politics Understanding why evil lives in the heart of men 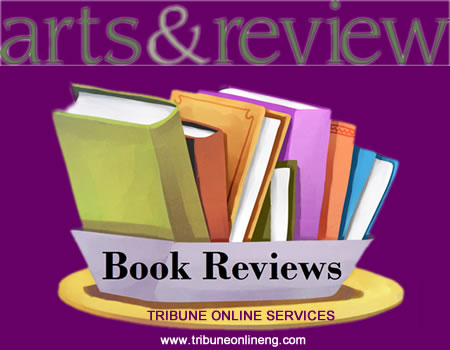 Understanding why evil lives in the heart of men

A review of Titilope Adefunke Laniran’s Illusion and Reality by Paul Liam.

POETRY performs different functions depending on the purpose for which it is put to use. For many people, it serves as a channel for articulating and reliving their emotions, for some, it is a means of documenting their experiences, while for others, it is a tool for social engagement and protests against the ills in society.

It is, therefore, safe to posit that there is no specificity to the function of poetry since its significance is subject to the discretion of the individual who engages with it.

For Titilope Adefunke Laniran, poetry is a means of philosophical inquisition and dialogue with the cosmos in an attempt to comprehend its multiple complexes through the prism of the concept of illusion and reality.

Often, what seems is not, and this is the overriding leitmotif that runs through Laniran’s collection of poems, Illusion or Reality. Published by OAK Initiative, Ogun, in 2022, the 80-page collection contains forty abstract poems.

Abstract poetry seems obsolete and is less featured in contemporary Nigerian literary discourse because of the dwarfing prevalence of the new confessionalism and exogenous poetics. However, in Laniran, we witness an uncommon fascination with abstract ideation such that the whole collection reeks of regurgitated contemplations.

Far from the philosophical posturing of the collection, there is the earnest curiosity to appropriate logic and reason as a catalyst for self-realisation of the falsity of reality and the need to be governed by a clear understanding of the complexes of life.

Thus, the poetic persona is a philosopher atone point and at another, she is just a laywoman contemplating the illusory nature of life.

The persona does not hesitate in schooling us on the illusory nature of life when in the second stanza of the opening poem “Illusion” (p.1), she declares that,

We’re all mesmerized by its glow,

its promise of protection and safety

The abstraction in its reality

The falsehood in its truth

It is only but an illusion!

To read Laniran’s collection is to enmesh yourself in a river of rhetorics and idioms as from one to another, we are reminded of the things we thought we knew but didn’t understand.

For example, in the above poem, there is clear mention of the subject of the poem hence we cannot determine the “Its” that runs through the poem is a reference to something concrete in the nature of God or the sun or moon because “Illusion” in itself is a void.

But such is the forte of the abstract thinker that Laniran is. Laniran engages the consciousness of the reader to join in her wandering imaginations about abstract concepts like “A Cosy Place, “Intimacy”, “Affection”, “Imagination”, “Fantasy”, “Longing”, “Ruins”, “Changing Reality”, “Gone are the Days”, “Awake”, “Vision”, “Surviving”, “Thoughts and Dreams”, “Cosmos”, “Who am I?” etc.

While Laniran inspires hope with her poetry, she is not oblivious of other realities that are contrary to the ones she expresses the sentiment, for example, in the poem “Ruins” (p.8), we encounter a contemplative portrayal of armageddon which resembles the prophecies in the book of Revelation of the Holy Bible.

The overwhelming apocalyptic air that defines the poem is contradicted by a paradoxical twist that suggests that the end of the world is not in itself the end of evil as evil according to the persona lives in the heart of humans.

Evil is not a physical material and as such, the destruction of physical space does not equate to the destruction of evil seeing that evil lives in the heart of men as conveyed in the last two lines of the poem, “The evil did not die when it was defeated/It lived on in the hearts of men.” In other words, the end of the fictional world described in the poem does not imply the end of evil.

Previous PostWhat to know before buying property Next PostOlokun: Why the goddess of the sea is accorded much respect