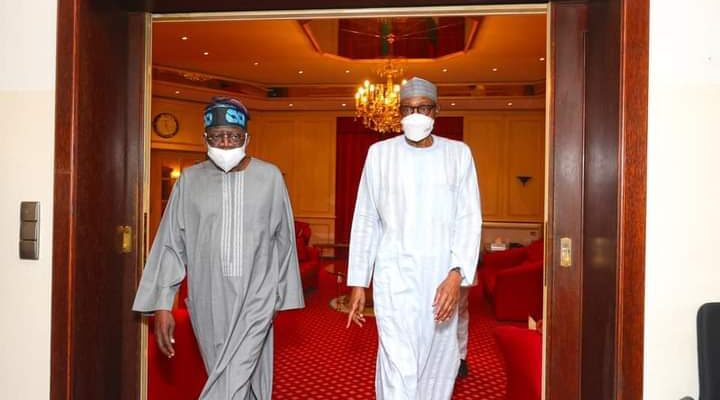 A signatory to the 2013 merger of the All Progressives Congress, Alhaji Buba Galadima, tells ENIOLA AKINKUOTU and TOPE OMOGBOLAGUN about the agreements between Major General Muhammadu Buhari (retd.) and former Governor Bola Tinubu of Lagos State.

As a former associate of the President, Major General Muhammadu Buhari (retd.), do you think the President will impose his candidate or leave it open for all aspirants to contest in the Presidential primary of the APC?

You don’t need to be a prophet or soothsayer to know that the President will indeed anoint whosoever he wants to be the candidate of the APC. But what one needs to look at is whether he could do that with some sense of decorum, with some sense of decency, with some sense of consideration for the opinion of the majority members of his party. My answer is No. Therefore, whoever he anoints will cause bickering, infighting, and a lot of anti-party activities. This will bedevil the APC.

As one of the founding members of the APC, was there any agreement at any time that Tinubu would succeed Buhari?

Not perfectly an agreement, but there was an understanding because Tinubu with one other person and the President also with another person sat down and the information we got was that they agreed that if Tinubu would help Buhari win, he would become the Vice-President. When that was not possible, they called him to ask him to assist because of the exigencies of the time, which wouldn’t have allowed for a Muslim-Muslim ticket.

They said that whatever he does, he should deploy and make sure that Buhari becomes President and that when he (Buhari) is going, he would also do whatever he would in his powers to assist Tinubu to become President. It looks like they are now going back on that understanding. And a promise is a promise whether written or unwritten because if you can subvert it, God knows your heart. And God never accepts betrayal. When you are committed, whether it is sour or bitter, or tasty, you have to swallow it.

Now,  it looks like they want to go back on that understanding with Tinubu. This is why Tinubu is bitter and I understand this bitterness, because of what has happened to him, which I told him years back. I told him what was going to happen to him. And everything that I predicted those years is now happening. My prayer for him (Tinubu) is that he should come out of this unscathed and healthy. That is my biggest prayer for him.

But for him, it looks like he has already been subverted. The only way he can get his momentum is if the party agrees to do primaries. If the party agrees to go to the primaries, I have no doubt in my mind that Tinubu may emerge victorious, but as far as the consensus which they want to adopt is concerned, he is out of the game.

Who were those present when Buhari and Tinubu reached this agreement you claimed?

I won’t tell you but the people involved know. Tinubu came to the meeting with a former governor while Buhari came with a sitting governor. That is why that governor is solidly behind Tinubu today and because of the fear of God. But I wouldn’t want to mention the names of the two of them, because, Tinubu himself has alluded to this kind of understanding.

So are you saying that Buhari is the kind of person that does not honour promises?

Well, I don’t know. You should be the judge or ask Tinubu to whom he made the verbal promise.

So you foresee a situation whereby the party can have some crises or can even break if Tinubu is schemed out?

So what do you think of Tinubu’s outburst in Abeokuta last week and the threat by the APC National Chairman, Abdullahi Adamu, to punish him?

Well, who is the APC chairman? Where was he when some of us were fighting for Buhari? Where was he? He should remember what he did to us in 2003. Is it because Buhari has forgotten?

If Buhari recollects what the APC national chairman did to him, he would not even ever allow him to shake his hand, let alone make him chairman.

Well, you can ask him (Adamu Abdullahi) that Buba Galadima said that you did something to Buhari in 2003. And that it is abominable to the extent that he (Buhari) shouldn’t even shake hands with you or stay under one roof with you. Let him tell you what he did to Buhari during our campaigns.

But some may argue that in politics, alliances change. What would you say of Vice-President Yemi Osinbajo who was Tinubu’s protégé but is now running against his former boss?

So, politics does not connote decency or respect at all? Is that what you are trying to tell me? I am a principled person. I am with Rabiu Kwankwaso, for example now, even if you give me the whole of the Central Bank of Nigeria, that cannot change me. And you can ask Goodluck Jonathan’s people about me. In 2015, they tried to induce Sule Yahaya, who was our director-general; Mustapha Saliu, the man from Kwara State who was Deputy National Chairman of the CPC and me, just for us to make an appearance and endorse the candidacy of Jonathan but we refused to take it.

Therefore, we are not doing things for personal benefits. We do things hoping that it would be the best for Nigeria. That is why I don’t believe in sentiments; primordial sentiments of religion, tribe or where one comes from. We have tried all these and we have failed as a nation. Why don’t we try for once capacity and capability to accommodate all Nigerians and deliver Nigeria from this present status instead of predicament?

You think Osinbajo should have given up his presidential ambition for loyalty to Tinubu?

If he doesn’t, can you now trust him? If you look at how Osinbajo came with Tinubu and he’s now contesting against Tinubu who brought him, how safe would you be to work with such a person?

If the man who did all this to someone who made him commissioner, made him this, made him that and he is now fighting him. You will now want to fight for him now, what would be your status later in life with him?

Now that you are in the NNPP…

(Cuts in) I am the national chairman of the Reformed APC, a faction that broke off from the APC and I am still one. But there is no law, either an act or the constitution of the party, or that of the country that prevents any member of any political party from supporting a candidate of other parties.

Maybe my knowledge is small, but if you think there is, please advise me on the law or in the section of the constitution that stops that so that I could stop parading myself as Chairman of the Reformed APC or supporting another candidate or aspirant of another political party.

Are you not afraid that they can expel you for anti-party activities?

What are they waiting for? Even if they expel me, that is physical. It is because of me that there’s the APC. Even, the APC never held a Board of Trustees meeting since its inception. If I were chairman of INEC, I would de-register the party for that contravention of the article of BOT.

It is already indelibly written up to eternity that I was the number four person who signed the amalgamation treaty of the APC; you can’t take that away from me again. Anybody that is chopping or stealing in the APC now is to my foresight of signing to amalgamate the party to become APC.

The northern governors have all agreed that the presidential ticket will go to the South. So don’t you think that it’s almost automatic that at least the APC is going to come out with every southern presidential candidate?

You don’t know the reason they did that, and how powerful they can be. But that is the decision of their party. I don’t give a damn about it. Because every political party envies getting to a position where they can achieve success, it’s not about sentiment, if they think that a southern presidential candidate will give them victory? So be it.

If other people think that a northern presidential candidate will give them victory, so be it. That is democracy. But what we’re asking for is a level playing field, free, fair, transparent, processes and election. So let he who has got the support of the majority of Nigerians win

What do you see emerging as the candidate for the APC?

That’s not my problem. We are not afraid of the person that the APC will pick because if Kwankwaso is given a proper atmosphere and levelled the playing field, he will defeat anyone who emerges on the platform of PDP or APC, even if they are put together.

Why do you think Kwankwaso will win when the NNPP doesn’t even have a single governor?

It’s because you don’t believe in yourself. You don’t believe in your capacity to organise and network Nigerians. Kwankwaso became the governor of Kano State for the second time without a councillor, without a local government chairman, without a member of the state or National Assembly. Without any elected person. He contested the election in 2011 and won the governorship of Kano. We can replicate that for Nigeria. Continue Reading