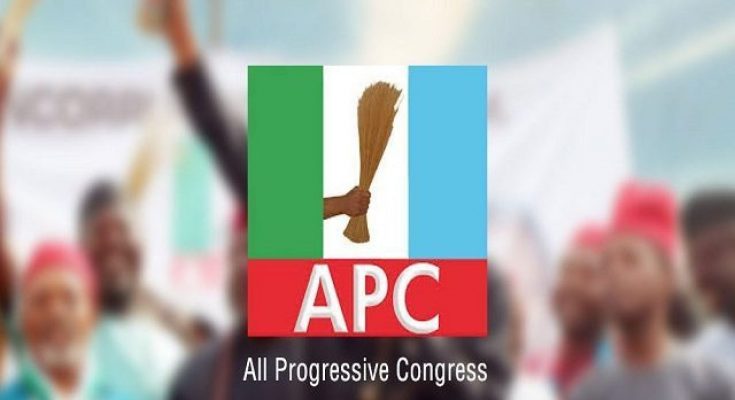 The crisis rocking the Enugu State chapter of the All Progressive Congress (APC) assumed a new dimension on Tuesday after the party chieftains demanded the dissolution of the State Working Committee (SWC).

The party chieftains from the state met with APC National Chairman, Senator Abdullahi Adamu and other members of the National Working Committee (NWC) at the party secretariat in Abuja where the demand was made.

The chieftains of the party in a petition titled, “An appeal and petition for urgent intervention to rescue the APC in Enugu from its downward spiral, implosion and imminent collapse”, urged the national leadership of the party to set up a Caretaker Committee to pilot the party’s Affairs in the state.

Former President of the Senate, Ken Nnamani led the delegation that met with Adamu.

The party chieftains said the petition was written with a view of notifying the National Chairman and National Working Committee of APC of the state of affairs of the party in Enugu State.

The petition read: “As elders of the party in the state, we strongly believe that it is our duty to bring these anomalies to your attention for urgent remedial action. A stitch in time saves nine,” the chieftains said.

“We urge the NWC to immediately save the party in Enugu State from total collapse by removing Mr. Ugochukwu Agballa from office and in his place put a Caretaker Chairman who should be someone not within the present State Executive Committee.

“The party still stands a chance of remedying the situation and being competitive in the General Elections.”

The party chieftains warned that the party in the state was imploding and on the brink of imminent collapse.

The stakeholders pointed out that the party was in no position as things stand to be competitive in the general election.

It added: “The leaders now believe that a radical solution is called for to save the State Party from total collapse and disgrace in the State.

“The aim is to unify the party through the appointment of a Caretaker Chairman as the current Chairman has alienated and lost the confidence of the majority of the members of the State Party and its leadership.

“Very importantly, it should be noted that he has been lawfully removed by his Udi/Agbudu ward of Udi LGA of Enugu State on the 19th day of August 2022 by an overwhelming majority of party members in his ward. A copy of the resolution is hereby attached.” Continue Reading