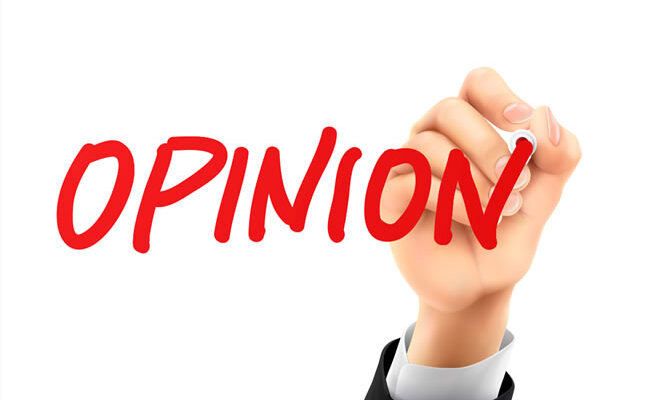 Curbing the climate of insecurity

A major characteristic that defines Nigeria today is Insecurity. Every Nigerian can testify to the fact that the country is in a state of vulnerability as nowhere is safe, even homes. Pervasive insecurity has become the order of the day in Nigeria. It will be recalled that last year, the country saw one of the most grotesque horrors in its history of insecurity. The Kaduna-Abuja tragedy in which scores of travellers were abducted is a horror that hasn’t left our minds. In the same vein, Nigerians are not likely to forget easily, the murderous brutality meted out to an innocent citizen, Mrs Bolanle Raheem, a lawyer who was four months pregnant at the time of her murder. She was shot dead on Christmas day by a policeman, Vandi Brambi, in Lagos while heading home with family members after a church service. Again, the explosion that  took place in Kogi State minutes before President Muhammadu Buhari’s vist to the state to inaugurate projects executed by the state governor, Mr. Yahaya Bello, was another sore point. Then there was the Birnin-Gwani local government ambush of security personnel, namely members of the Nigeria Security and Civil Defence  Corps (NSCDC) at the Kuriga mining site in Kaduna, Kaduna State.

Yet again, we saw breaches to security in the recent Edo train kidnapping orchestrated by bandits. It is ironic that Nigeria’s raiil transportation which could have been considered the safest so far in the country has become unsafe just like  other transport means in which we have seen horrible acts of terrors, violence and terrorism take place. This state of insecurity has caused the citizenry to be in a  permanent state of fear as the safety of their lives and those of their loved ones are not prioritised by the government. It  has become an unending cycle of killings of innocent and defenseless citizens by bandits. It is very abnormal to see people live in a constant  fear of banditry and other terrorist activities on display throughout the country. Nigerian states from the North to the South East are engulfed in conflagrations arising from the activities of the so-called “Unknown Gunmen” and with the 2023 elections just around the corner, it is likely that this will become worse.

Unfortunately, in a country like Nigeria, it is pretty much obvious that the government’s claim that it is in control of the security situation is not true. We have continued to see kidnapping and banditry happen with no let, and without security operatives apprehending the terrorists.  We live in a country where corruption is the order of the day and insecurity goes hand in hand with it. Bandits are unleashing  terror with no respect for anyone: we have seen highly revered people in the society being victim of these bandits. Some states have tried to put in place decentralised policing systems like Amotekun in Oyo State and other states of the South-West. But this hasn’t proved to effectively tackle the situation that many Nigerians face as they have to take conscious measures to protect themselves.

Normally, it is the state that bears responsibility for the security and safety of citizens but it seems that the citizens have to take precipitate actions to defend themselves following the official reluctance of the government to prioritise their protection and safety.  It isn’t right for a sane human being to be living in a state of recurrent peril. Nigeria has now turned into a country where one cannot even go out without having it at the back of one’s mind to be cautious, street-smart, and consciously vigilant regardless of the mode of transportation one takes and the people one meets. Nigerians have to be in constant prayer over themselves and their loved ones as they go about their day-to-day activities. They have to take security measures at night too, in order to protect themselves from armed robbery and other forms of attack. Some employ local security guards in their areas. Lucy Tapnag, a brave citizen who rescued herself and other victims from kidnappers in plateau state, had to take the risky self-help measure to save herself and others.

Sadly, the Nigerian government in its irresponsibility has no viable plan. It is appalling that while the Federal Government hasn’t put in place solid measures and policies that can protect Nigerians from harm, it continues to borrow humongous sums to fight insecurity. The borrowings have not been justified in any way. We haven’t seen any results. Bandits are still relentlessly tormenting the lives of the Nigerian populace and adding trauma to the already hard and frustrating situation that comes with living in the country. It is apparent that this state of insecurity will continue to happen if it is not given utmost attention. The government must wake up from its slumber and take the battle to bandits, terrorists and kidnappers. These outlaws need to feel the kind of pain they inflict on innocent citizens. They should not be allowed to get away with their crimes. It is important for citizens to feel safe and protected in a country that they reside in and call home. It shouldn’t be a place for aggravating their pain. The government should be alleviating the pains of Nigerians whilst making life comfortable and easy for them. That, in my view, should not be too much to ask for.

The Federal Government needs to put in place effective security systems that would tackle this issue of insecurity. Effective security defenses should be put in place across the country. The railway system should have a security system built into it in order to curb attacks. The safety of the lives of Nigerians as they use this means of transportation is paramount. If Nigerians feel safe travelling by rail, the rail sector will witness massive growth. This should also be extended to the roads. Bandits and criminally minded policemen alike should be swiftly apprehended to make their ventures unprofitable and end insecurity for good. By implementing such measures, Nigeria will become a safe spot for citizens. It is imperative that citizens feel safe in their homestead and in their own country. The country should not become a slaughterhouse with no refuge in sight.