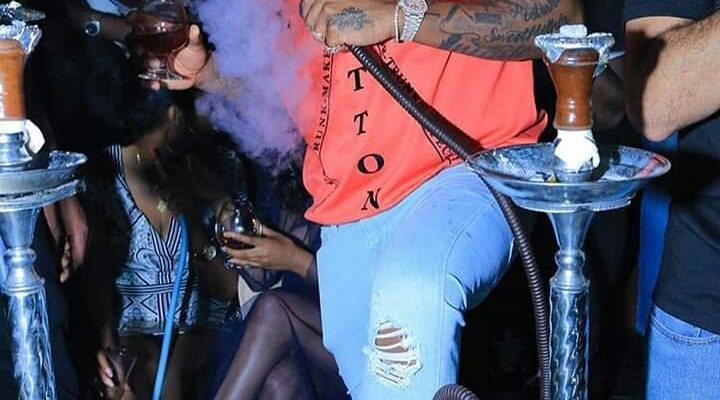 Davido’s Condemnable Diarrhea of the mouth The negative utterances recently passed by the ace musician, David Adeleke, popularly known as Davido against the person of the amiable, easy going governor of the state of Osun, Alhaji Isiaka Adegboyega Oyetola, are to say the least rude, juvenile, disrespectful, irresponsible, unwarranted and totally unbecoming of an artist of his caliber. Of course those dirty and stinking words – as vanished from his mouth – against the number one citizen of the state, are totally condemnable as they smack of absolute lack of respect; not only for the office of Mr. Governor but also for elders.

For an artist of reputable standing like him to pass such insults on a man old enough to father him simply shows that he only knows how to play music but home training is clearly missing in his lexicon. Habah! What exactly is it that would make a young man like him to insult an elderly person of Mr. Governor’s age (even forget about his position as the governor) if not lack of disregard for Yoruba culture? As a Yoruba son Davido ought to know that we are a race that has great respect for our elders and we don’t take insults to elders lightly no matter where they might come from; especially if victims of such are responsible elders like Governor Oyetola.

Perhaps l should mention it to Davido that l happen to be one of his fans as a talented musician. I love his music and it’s the love l have for his music that I transfer to him as a person. Though l don’t listen to all these modern days Nigerian hip hop artists, l still have some respects for a few of them due to their talents and Davido is one of them; being the reason l do – more often than not – like his postings on social media. However, as a person older than him, I see it as being out of place to keep mum and refuse to correct him if he errs, especially when it has to do with showing disrespect to elderly people like the one he just exhibited against the state governor.

Davido needs to know that governor Oyetola, nay, anyone who contested election and feels dissatisfied with the result declared by the Independent National Electoral Commission (INEC), has the constitutional right to seek redress in the Court of Law. It’s left for the Court to determine the true winner. If Davido, as a political neophyte doesn’t know this, he needs to be tutored. Or has he forgotten that his uncle Senator Ademola Adeleke also in 2018 toed this same line Governor Oyetola is currently toeing? So why is he making unnecessary noise about Governor Oyetola’s decision to challenge the outcome of the election in the Court?

What’s more? Davido also needs to be told that passing biased comments publicly – like the one he did- about a case that’s still subjudice is unacceptable and offensive to law and that shows the level of his ignorance. For God’s sake the case is before the honorable Judges and he should leave the wise men to determine whether or not there were over-votings in the election; not for him to dictate for them. But it’s also ignorance writ large on his part to say that there couldn’t have been over-votings with BVAS; even as his uncle Ademola Adeleke has admitted to over-votings. Davido and his co-travelers in this school of ignorance will soon know that even with BVAS, over-voting is still possible as the machine itself isn’t error proof while forensic evidence doesn’t lie.

Before concluding, this writer is happy that Davido has been rightly responded to on social media by those who know better than him. The responses he got are enough to educate him if he cares to be educated. For now politics isn’t his area. Music is his forte. He should therefore concentrate on what he knows how to do best and stop dabbling into an arena he knows nothing or little about. Only by this can he continue to sustain the reputation he has garnered through his talent. As a Nigerian and as an interested party in Osun politics; most especially as it has to do with the last gubernatorial election in the state (due to his uncle’s involvement), Davido has a right to make political comments though, such comments are expected to be wise, reasonable and devoid of abuses and insults a la his recent negative outbursts against the governor of the state. Such rude comments as passed by him against a respected leader and elderly person are utterly unbefitting of a young artist like him.

Finally, with respect to this faux pas which he openly committed, nothing but public apology to Mr. Governor will make him redeem his image. For as a Yoruba son he’s old enough to have heard or come across a Yoruba axiom, that; beaty/wealth/education without good character is nothing. It’s like soup without salt Unarguably being rich doesn’t confer on him the right to disrespect elders. Continue Reading