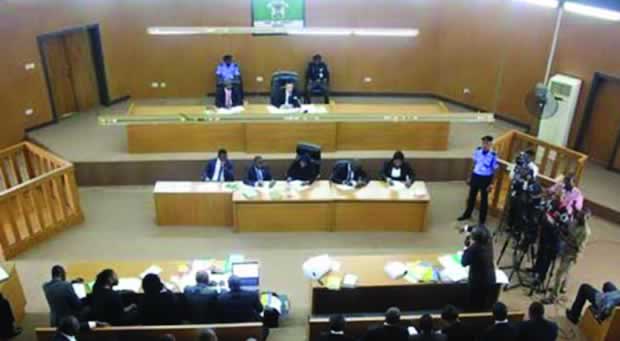 An 18-year-old medicine undergraduate, on Friday, told an FCT High Court in Kubwa that her 32-year-old family friend, Anthony Okoye, raped and impregnated her.

The girl revealed this as the National Agency for the Prohibition of Trafficking in Persons (NAPTIP) charged Okoye of Tugajima Village, Dei-dei, Abuja, on two counts bordering on rape.

Led by the prosecution counsel, Sam Offiah, the victim said the incident happened at Tugajima Village, Dei-dei, Abuja, on July 28, 2021.

“I quarrelled with my mother and left the house to my uncle’s place to plead on my behalf but when I got there the house was empty, so I decided to go to the defendant’s house.

“I met his wife at home and told her I wanted to see the defendant to talk to my mother and she said he went to Zuba and would soon return.

“I left and returned later and met the defendant at home but his wife wasn’t there, so I narrated what happened between my mum and I to him.

“He offered me food and sent his stepson to buy coca-cola and when the boy returned, the defendant took the soft drink and turned it into a cup in the kitchen.

“I asked why he turned the soft drink into a cup for me to drink and he said he needed to return the empty bottle back to where it was bought.

“After I drank the soft drink, my head ached and I felt dizzy and complained to the defendant. Then he asked if my mum hit me on the head and I answered no.

“That was the last thing I remember. When I regained consciousness, the next morning in his bed, there were blood stains on my body and the bed.

“The defendant asked if I was on my period and I told him I wasn’t, then he gave me four sanitary pads which got soaked immediately I used them.

“I got angry and asked what he wanted and he said I was behaving as if I had not slept with a man,” she said.

The victim said she noticed she did experience her monthly cycle but her mother felt the delay was due to an appendix and ovarian cyst surgery she had in 2019.

“My mother and I discovered I was three months pregnant after we reported the case to NAPTIP and they suggested I go for a test at Aywetu Sexual assault Centre, Bwari, on Nov.8, 2021,” she said.

The defence counsel, Nnaemeka Agbo, asked the victim why it took her three months to report the case.

In response, she said she reported the incident when it happened to her uncle who called her mum over the phone because she had travelled.

“Me and my uncle went to the hospital to check for infections,” she said.

Justice Kezziah Ogbonnaya, however, adjourned the matter until June 14 for the continuation of hearing. Continue Reading