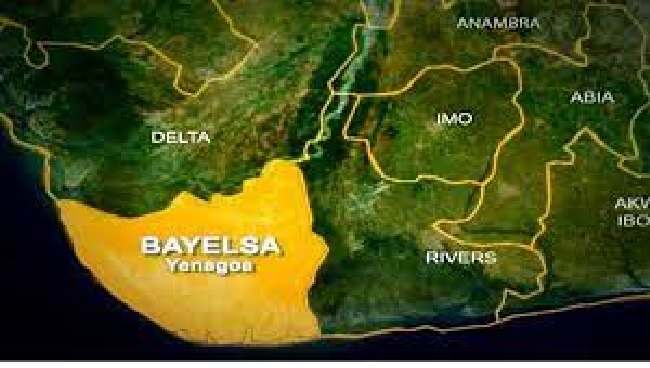 A non-government organisation (NGO), FACE Initiative, says it has recruited Local Government Coordinators and Ward Volunteers in all the eight local government Areas and 105 wards of Bayelsa State to take a campaign tagged ‘Vote Not Fight’ to the grassroots of Bayelsa State ahead of this year’s general election.

The Executive Director of FACE Initiative, Inatimi Peter, at a press conference held at the Ernest Ikoli Press Centre in Yenagoa, explained that part of the roles of the local government areas’ coordinators is to mobilise different groups at the grassroots and organise advocacy meetings on behalf of the State Technical Committee (STC) that is supervising the campaign.

He further said that at the community level, community radio will be used to popularise the ‘Vote Not Fight’ campaign messages using local dialects to appeal to the people at the grassroots to shun violence, hate speech, vote buying and selling, to come out in their numbers and cast their votes.

He also revealed that the volunteers will pay more attention on violent flashpoints in previous elections such as Oporoma, Nembe, Ekeremor and Brass and that the FACE Initiative and the STC had been following the political trends working with Independent National Electoral Commission (INEC) and security agencies to get intelligence on potential violent flashpoints.

“As a prevention measure, the team will organise outreaches to sensitise youths on the need for peaceful conduct before, during and after elections and to secure their commitment to ensure a violence-free election in their communities.

“To achieve this, we made sure that the STC is made up of representatives from civil society organisations, the media, INEC, police, National Orientation Agency (NOA), National Union of Road Transport Workers (NURTW), Keke Riders Association and Maritime Transport Union. These stakeholders are selected following their roles in the electoral process.

“Achieving a peaceful, credible, free and fair election is a collective responsibility; therefore FACE Initiative is calling on citizens, particularly youths and women to wakeup to their responsibility of nation building through active participation in the electoral process.”

“These groups of citizens have been on the fence for a long time because of voter apathy.

The BVAS is an innovative game changer in Nigeria’s political process, therefore; youths are encouraged to get their PVCs and go out in large numbers to vote for the new Nigeria they desire.

“Youth are encouraged to shun violence and avoid being used to perpetrate electoral violence. INEC must ensure to make effective logistics arrangement for staff and voting materials to enhance election coordination to prevent potential violence, resulting from poor coordination. INEC, police, NSCDC and NDLEA must strengthen inter-agency collaboration to prevent violence and respond to electoral violence before, during and after election.

“FACE Initiative call on non-government organisations, community based organisations, faithbased organszations, traditional institutions, youths and women groups to deepen engagement with relevant government agencies and to demand professionalism in the conduct of the elections and also intensify sensitiation of their constituents on the need to embrace peaceful conduct and effectively participate in the electoral process,” the statement read.