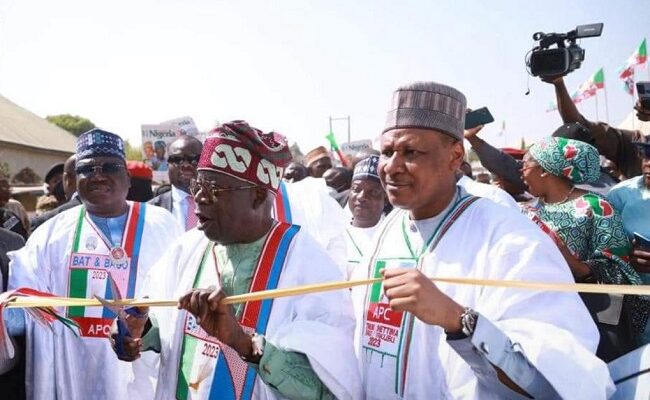 Tinubu inaugurated the office on Wednesday after addressing a mammoth crowd of supporters to flag off his campaign in the state.

He said, “I inaugurate this office to the well-being of Nigerians and to the good health of the peoples.”

Malagi, the Kaakaki Nupe and a former Niger State governorship aspirant of the party also donated some operational vehicles and tricycles for the success of the party in the 2023 general elections..

Speaking in an interview with newsmen, the Private Secretary to the astute politician, Barrister Bala Marka, said “the gesture is a modest contribution of Malagi towards the victory of APC in the forthcoming 2023 general elections.

He said, “as a bonafide APC member and stakeholder, it behooves on Malagi to put his contributions towards the success of the party’s presidential candidate and the party’s victory in the 2023 general elections.”

According to him, “the inauguration of the office is also accompanied by donations of operational vehicles for the presidential flagbearer in Niger State as well as some tricycles for loyal party members.”

Tinibu was accompanied to the presidential office inauguration by the Senate President, Ahmad Lawan; Governor Abubakar Sani Bello of Niger state, some other state governors and federal lawmakers.