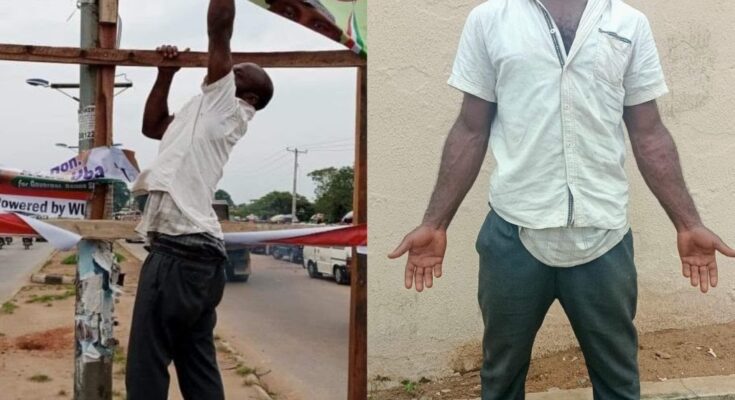 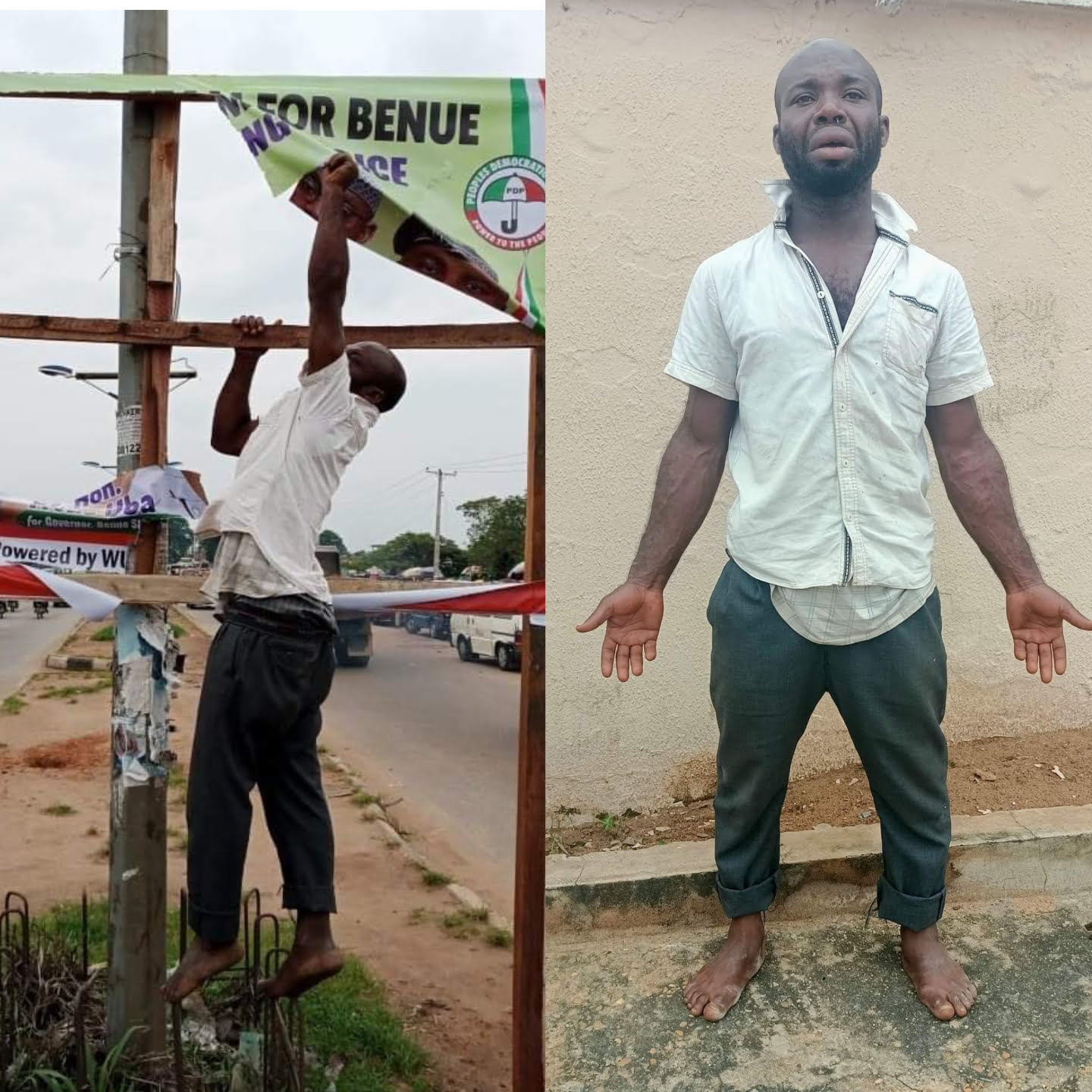 For destroying a billboard belonging to the Peoples Democratic Party (PDP), a Makurdi Chief Magistrate Court has convicted a 30-year-old man, Ternenge Peter of Wurukum, Makurdi.

The PDP billboard was said to have been mounted at Wurukum roundabout and Mr. Peter was caught destroying it Monday morning.

The Court presided by Mrs Kadoon Gbasha, sentenced him to one month of community service.

He was, however, warned that a default on the terms of the community service will earn him two months.

The Magistrate said the community service will be carried out at the Court premises for 30 working days from 9am to 2pm each day.

She warned youths in the state to desist from alcoholism and mischief and engage themselves in useful ventures to secure their future.

Earlier, the prosecuting police officer, Inspector Kuegh Abugh, told the court that the Publicity Secretary of the PDP, Mr Bemgba Iortyom, in the company of the Chairman, Task Force on Illegal Motor Parks, Bobby Uper, had arrested the convict and took him to the State Criminal Investigation Department (SCID) in Makurdi after he was found destroying the PDP campaign billboard at Wurukum roundabout.

The Prosecutor stated that, when the convict saw some youths coming to the scene of the crime, he started running but was arrested.

When the case came up, the convict pleaded guilty to the charge and explained that he committed the offence under the influence of alcohol after being instructed by an official of the All Progressives Congress (APC), which he failed to mention the name.

He begged the court to forgive him, claiming his wife left him a two-year-old baby girl to cater for. Continue Reading