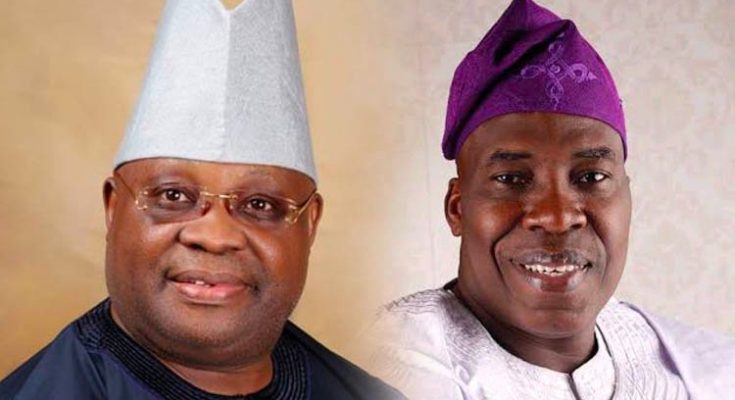 Some do ask to know what may be the outcome of this case at the Supreme Court.

Ordinarily,since the primary that produced Babayemi was not conducted by the National Executive of the PDP but by a factional segment or a branch of the party,one can safely state that the primary which produced Babayemi is unknown to law . The law is elementary that any primary election conducted by a factional chapter or a State chapter or aggrieved groups within a political party is not legally recognized. See Supreme Court decisions in EMENIKE V PDP (2012) YAR’ ADUA V YANDOMA (2015)

Although the primary which produced Adeleke may be said to be legally valid as conducted by the NEC of the party, however, the contention of BABAYEMI that unrecognized delegates voted at Adeleke’s primary is a straw that may invalidate the primary if the Apex Court finds the contention to be true.

I have read some posts from Adeleke’s side stating that the matter of validity or otherwise of delegates in Osun PDP chapter was fought to the Court of Appeal which validated the delegates that voted at Adeleke’s primary. I have never seen and gone through any certified true copies ( s) of any judgements on that issue to know the true position; and posts on social media be taken with a pint of salt.

If truly the delegates which voted at Adeleke’s primary are unqaulified,the primary which produced him,though conducted by NEC of the party may also be declared invalid as no one can place nothing upon something in law and expect it to stand.See Supreme Court decision in NWORA V NWABUEZE (2013)

However,even if the delegates which produced Adeleke are not legally recognized ,Babayemi will confront the issue of locus stand i.e the right to sue ,having not participated in the NEC conducted primary of Adeleke. In law,since Babayemi did not participate in the NEC conducted primary of Adeleke,it will be deemed not to have participated in the primary he is challenging and has no locus standi. Law is elementary only an aspirant which participated in any primary conducted by the NEC of the party can challenge it in Court. Further see EMENIKE V PDP ; YAR’ADUA V YANDOMMA ; UKACHUKWU V PDP (NO1) 2014 ; JEV IYORM( 2014)

Clearly having participated in a primary conducted by a sectional segment of the party not conducted by NEC of the party, Babayemi did not take part in any valid primary election known to law upon which he can be declared as the authentic candidate of the party.The primary which produced him would be declared illegal,null and void.

If the Court finds and agrees with locus standi of Babayemi to challenge Adeleke’s own primary and it is established that the delegates therein are not qualified and unrecognized,the Apex Court may nullify Adeleke’s primary too.

In case the Apex Court declares both primaries illegal,it then means in law that PDP has no legally recognized candidate at the main election,Governor Oyetola may stand to benefit from the internal wranglings of the PDP in Osun State and may be declared as Governor since he is a runner up in the general election See Supreme Court decisions in APC V KARFI (2018) MARAFA V INEC (2020) popularly known as Zamfara’s case. Continue Reading